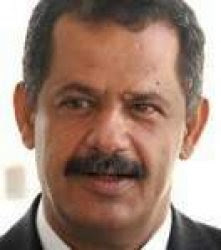 Yemeni Prime Minister Ali Muhammed al- Mujawar said Saturday that al-Qaida was originally a Western-made group and was never created by his country, Xinhua reported according to the state-run Saba news agency.

The prime minister's remarks were made during a meeting in the capital Sanaa with ambassadors of Asian and African countries to Yemen to clarify Yemen's stance against those who propagated negative impacts on Yemen over the bomb parcels shipped to the United States last week.

Comment: The Prime Minister of Yemen has joined the Presidents of Iran, Pakistan, and Afghanistan, an Indian parliamentary leader, and the rest of the Muslim world in speaking out against US/Zionist false-flag terror. With this kind of high-level support, it's time for a UN investigation into 9/11.
Posted by Muslims for 9/11 Truth at 5:55 PM