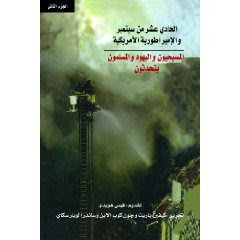 Book description from the publisher:

Inspired by David Ray Griffin's internationally acclaimed book The New Pearl Harbor: Disturbing Questions about the Bush Administration and 9/11, this anthology presents a variety of perspectives on 9/11 and empire from authors who identify with one of the major Abrahamic traditions. Co-edited by a major Christian theologian (John Cobb), a Jewish scholar (Sandra Lubarsky), and a Muslim scholar (Kevin Barrett), the book features essays by 9/11 revisionists and activists alongside those of noted writers and scholars, including several of the leading religious intellectuals of our time. The writers offer reflections on 9/11 and empire informed by the moral principles of their religious traditions as well as by the obligation to engage in thoughtful dialogue with those of other traditions. While the question of of the Bush administration's and Us military and intelligence leaders' possible complicity in 9/11- and the moral implications of facing that possibility-is at the forefront of the book's agenda, it also addresses the way 9/11 has been used to expand the US empire's "global domination project"-raising profound moral questions that confront all of us, whatever our views on 9/11 complicity and whatever our faith, worldview, or national/ethnic identification.
Posted by Muslims for 9/11 Truth at 3:12 PM No comments: