A Pew scientific poll has found that Muslims in the U.S. are moderate, educated, middle-class, mainstream people...who overwhelmingly reject the Bush Administration's official conspiracy theory of 9/11:

"Relatively few Muslim Americans believe the U.S.-led war on terror is a sincere effort to reduce terrorism, and many doubt that Arabs were responsible for the 9/11 attacks. Just 40% of Muslim Americans say groups of Arabs carried out those attacks." http://pewforum.org/surveys/muslim-american/ 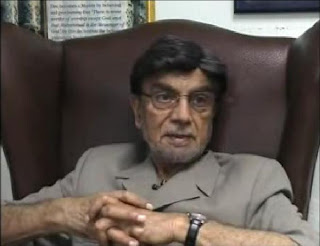 Conspiracy fever: As rumours swell that the government staged 7/7, victims' relatives call for a proper inquiry

"As Dr Mohammad Naseem, the chairman of Birmingham's Central Mosque, says in the BBC2 documentary: 'We do not accept the government version of July 7, 2005. The Ripple Effect video is more convincing than the official statements.' Mr Naseem, a well-educated man, had made 2,000 copies of Ripple Effect for members of his mosque. Research has revealed that even before the contentious video came out, one in four British Muslims thought the Government or the Secret Services were responsible for the 7/7 atrocities. Now the number of doubters is growing. At Friday prayers recently, Dr Naseem asked the congregation to raise their hands if they did not accept the government version of events. Nearly the entire gathering of 150 men and boys did so. He then urged his audience to collect free copies of Ripple Effect at the back of the mosque."
Posted by Muslims for 9/11 Truth at 7:43 AM No comments: