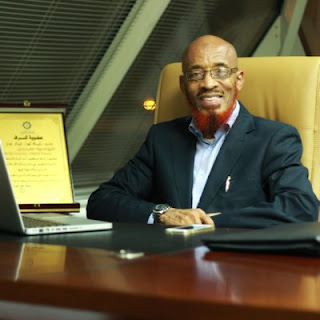 From "Khalid Yasin: The New Voice of Islam?" on "Nine's Sunday"

SARAH FERGUSON: And he’s waded right into one of the most divisive issues between the Muslim community and the Federal Government — September 11.

SHEIK KHALID YASIN: There has been no evidence that has surfaced, no bona fide irrevocable, irrefutable evidence that had been surfaced that showed that there is a group called al-Qa’ida that did the September 11 bombings. I’m of the opinion there was a rogue operation that took place. Now, to go beyond that would say I would have to have some evidence, which I don’t.

SARAH FERGUSON: But he does go beyond it.

SHEIK KHALID YASIN: An operation that took place with the complicity of some very sophisticated entities other than some Middle Eastern guys on an airplane or being orchestrated by someone in a cave in Iraq.

SARAH FERGUSON: What do you mean by “sophisticated entities”?

SHEIK KHALID YASIN: Sophisticated entities means entities who themselves were governmentally instructed, equipped, motivated. We now know that the way that the World Trade Center fell the way that those buildings fell — they fell from internal explosive charges, the same way it’s done in a construction site.
Posted by Muslims for 9/11 Truth at 4:47 PM No comments: