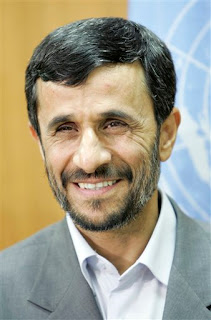 "The American people still don't know who was behind the bombing of the Twin Towers. Many books in the U.S. have been written about the incident., and there are questions circling in your society. Once you go back, go to the streets, ask the local people who was behind this, what were the reasons for that? And, again, I fail to see why you continually say “the American people.“ I have the latest surveys. Eighty percent of the American citizens say that the American government knew about the attack beforehand. They had information."
(click here to read 9/11 truth excerpts from Mahmoud Ahmadinejad's 60 Minutes interview with Scott Pelley) 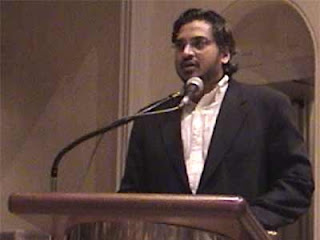 Dr. Faiz Khan is a Muslim scholar and educator as well as an M.D. with a dual specialty in emergency and internal medicine. He has been living and working in New York City since 1969. A 9/11 first responder, he has been in the forefront of post-9/11 peace and education efforts in New York and elsewhere. He is well-known as a staunchly outspoken opponent of terror in all its guises, and has participated in two memorial services for the victims of 9/11, as well as the New York group Muslims Against Terrorism. Dr. Khan is the author of “9/11: An Islamic Perspective” published by Belief Net in their selection of essays on religion and 9/11. An Assistant Imam at two New York area mosques, Dr. Kahn has treated subjects related to Islam, politics, and 9/11 at numerous speaking engagements and publications. He also served as assistant producer to the film Becoming Muslim – Submitting to Allah in America. Dr. Khan writes of his extensive educational efforts post-9/11: “Among my goals has been to clearly demonstrate that the recurrent cycles of violence witnessed of late havenothing to do with authentic practice of any religion; rather, it is lack thereof which is combined with various geopolitical, social and economic/corporate agendas which serve as root causes that often hide in the guise of religion or just as often, if not more frequently, political ideology – a trend which only superficial or irresponsible analyses fail to elucidate.”

Read Dr. Khan's immediate response to 9/11 , written before compelling evidence surfaced that it was an inside job.

Below is a link to a version of his essay from 9/11 and American Empire v.2: Christians, Jews and Muslims Speak Out, which explores the reasons why American Muslims have "dropped the ball" on 9/11.

The Paralysis of Discourse; The Incompetence of Academia, and The Need for an Accurate Diagnosis 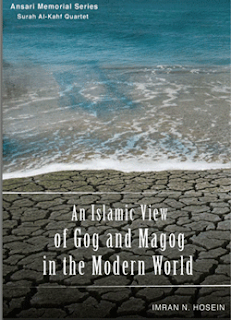 "There were many, including distinguished Islamic scholars, who were convinced by the lies that 'hatred for America' caused enemies who were inspired by 'radical' Islam to plan and execute the 9/11 attack on America. Such people were duped because they based judgement on appearance and failed to penetrate the reality of what transpired...the fictitious definition of a 'terrorist' (i.e. anyone who dares to raise his hand in order to resist Western/Israeli oppression) did not dawn upon such people until it was too late for them to extricate themselves from the hole into which they had fallen. They failed miserably to hearken to the divine warning located in Surah al-Hujur’at of the blessed Qur'an:

'O ye who have faith (in Allah Most High)! If a sinful person comes to you with any news, ascertain the truth, lest you harm people unwittingly and afterwards become full of regret for what you have done (in making a false accusation for example)." (Qur'an, al-Hujur’at, 49: 6)'"

Imran Hosein, An Islamic View of Gog and Magog in the Modern World

Today, April 17, on the 14th anniversary of The Wisdom Fund, we would like to draw your attention to an issue that has huge implications for war, peace, and human rights -- specially for Muslims, and mainly Muslim countries, and which has taken trillions out of the American economy.

That issue is September 11, 2001. The official explanation is just plain wrong, and we can prove it.

We challenge any member of the 9/11 Commission, or any official of the Bush or Obama administrations, to rebut the evidence and arguments we present.

"9/11 Unveiled" by Enver Masud, founder of The Wisdom Fund, together with a 45-minute documentary bearing the same title, will convince most audiences that, at the very least, there is "reasonable doubt" about the official explanation.

Indeed a highly placed judge told us that we have sufficient evidence for a prima facie case.

We intend to make the documentary available free with the book "9/11 Unveiled."

We spoke out during the tense period following 9/11, and we continue to speak out now. We've scheduled a conference on July 11, 2009 regarding what happened at the Pentagon on 9/11. Details will follow.

We find it sad that we're not supported by Muslim "leaders" and the larger Muslim organizations. Perhaps they can learn from AIPAC and the Heritage Foundation.

Would AIPAC and the Heritage Foundation support our efforts if it were their allies who were wrongly blamed for 9/11, and we had the evidence to prove otherwise?

So why do Muslim organizations hesitate?

"With reason as your shield and the sword of love in your hand, Servant of God! the leadership of the world is at your command" wrote the Muslim poet, philosopher and politician Allama Sir Muhammad Iqbal.

But this is an issue that reaches far beyond the Muslim community. The U.S. response to 9/11 has cost the U.S. about $4 trillion -- according to Nobel Laureate Joseph Stiglitz and Harvard economist Lind Bilmes.

What's holding us back from distributing "9/11 Unveiled" -- the documentary, is copyrights clearances. We've obtained some, but we need legal advice on "fair use," and guidance on obtaining the remaining clearances.

Do support our efforts to get out the truth about 9/11. We need your support now. The initial legal review alone can cost $6000. The Wisdom Fund usually operates in the red, and is in the red now. And we pay no salaries, except the $1 per year to the founder.

So please give what you can, and give today.

We are classified as a Section 501(c)(3) organization as described in the Internal Revenue Code. Donors may deduct contributions as provided in Section 170 -- employee identification number 54-1755689.
Posted by Muslims for 9/11 Truth at 8:24 AM No comments: 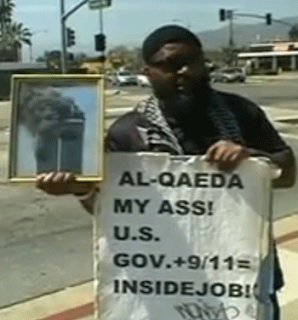 Doesn't the Qur'an say that we are supposed to fear ONLY Allah?

Doesn't that mean that Muslims who don't speak up for truth have a lot more to fear than those who do?
Posted by Muslims for 9/11 Truth at 2:40 PM No comments: