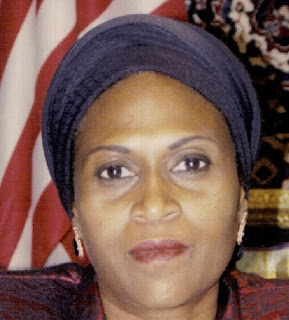 US Muslim women's Association says Muslims have been unjustly scapegoated and calls for new independent investigation of 9/11.

In an attempt to set the record straight and to end false and unproven allegations that it was Muslims who planned and carried out the devastating and criminal attacks on the World Trade Center in NY City, and the Pentagon in Washington DC, on September 11, 2001, a national Muslim Women's organization will provide proof during an international radio broadcast, that Muslims did not carry out those attacks.

On September 11, 2010 at 10:00am, EST, The National Association of Muslim American Women (NAMAW) will issue a statement via an international radio broadcast, where they will provide proof that Muslims did not attack the US on 9/11. The program can be accessed at poweroftruthradio.com.

"This is our humble effort to free Muslims from the unfair and unjust stigma that has been placed upon us by those who rushed to judgment after 9/11, and wrongly blamed Muslims and Islam for the attacks", says NAMAW founder and Chairwoman Anisa Abd el Fattah. "Since that time numerous experts in the fields of aviation, aeronautics, demolitions, architects, engineers and other scientists, and first responders have compiled an impressive body of proof, showing clearly that Muslims did not attack the US on 9/11, or at any other time. Abd el Fattah said further, that "We hope to provide some of that evidence for our listeners consideration, and also to read some of the testimonies presented by military experts, including a former NATO General and presidential candidate, calling for a new investigation based upon some of the same evidence we will present."

Along with declaring Muslim innocence based upon scientific proof that creates a reasonable doubt as to the truthfulness of the official 9/11 report, NAMAW will call for a new and independent investigation, and also for an apology and reparations to the families of the nearly 5 million Muslims killed in the so called war on terrorism launched in revenge for 9/11. To date 5 Muslim countries have been invaded, attacked and occupied as a result of 9/11 . NAMAW hopes that this action will end the violence and hatred against Muslims that resulted from the 9/11 attacks, the false charges and continued scapegoating of Muslims.

Radio Presentation: Reasonable Doubt: How we Know Muslims Did Not Attack the US on 9/11
When: September 11th, 2010
Time: 10:00am EST
Where: poweroftruthradio.com

"Strive as in a race to achieve the goal of excellence in all that you do."

National Association of Muslim American Women (Facebook)
Posted by Muslims for 9/11 Truth at 10:10 AM